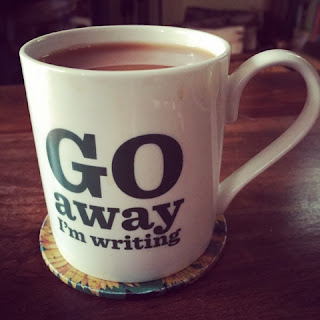 Okay, so this week has been a busy week, I planned the complete outlines of the five books that I intended to work on over the next twelve months and even got their cover designs drafted.
I downloaded a new scrivener app so that I could sync my work onto my iPad for when I had a flash of inspiration and no laptop handy. I was feeling pretty happy with myself, smug even.

Then, just like there really was some Amish-like God up there waving his divine finger at me and tut-tutting at my shameful display of pride - KERPOW! Everything fell apart.

Maybe I did worship at the feet of that false God of 'Technology' a little too enthusiastically - recklessly even, but the punishment was harsh. My new syncing app synced all of my work into oblivion, including the first five chapters of Ice and Fyre. I am not ashamed to tell you I cried like a beauty queen only not so prettily.

So, instead of spending the day busily writing as originally planned, I spent the next eight hours trying to recover my work. After googling thousands of 'solutions' to my problem, trawling through hundreds of backup files and performing various geeky technological gymnastics, I got most of it back. Though it appears that the first Chapter of Ice and Fyre sadly, is lost forever.

Trying to remember a couple of thousand words that you wrote a few weeks ago seems an impossible task especially when those words were painstakingly crafted to resolved the cliffhanger left at the end of Ryte of Passage, So now I have to rewrite it....

Looks like this week is going to be another busy week - doubly so because I'm going to backup the hell out of everything!

Posted by Karen Wrighton at 01:09 No comments: 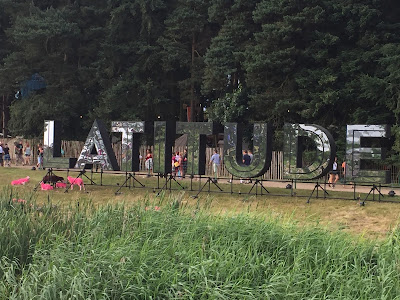 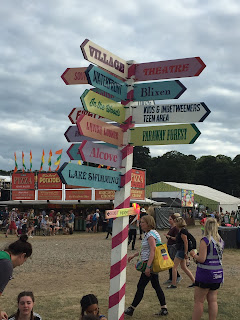 Last weekend I attended Latitude Festival with my youngest daughter Anna. It is the eighth Latitude Festival that I have attended and in terms of weather, it was certainly one of the best. Though I attend mainly for the music, the Literary and Arts components are second only perhaps to Glastonbury. This year's literary offer included Author Naomi Alderman, comedian, and writer Sara Pascoe, award-winning campaigner Leyla Hussein and  Amy Annette (editor of I call myself a Feminist) discussing the new feminism and issues around women and power. 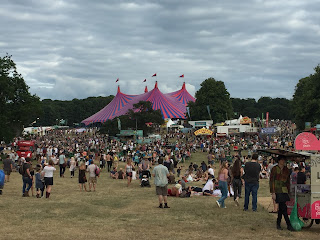 The Baileys Women’s Prize for Fiction winner was attending the festival for the first time. She presented three exciting events hosted by novelist and BWPFF co-founder Kate Mosse. Now in its twenty-first year, the Baileys Women’s Prize for Fiction is the UK’s most prestigious annual book award for fiction written by a woman.
Set up in 1996 to celebrate and promote international fiction by women throughout the world to the widest range of readers possible, the Prize is awarded for the best novel of the year written by a woman. I can only dream of honors such of these, but who knows one day... 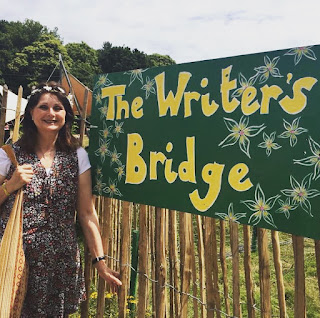 Posted by Karen Wrighton at 08:09 No comments: 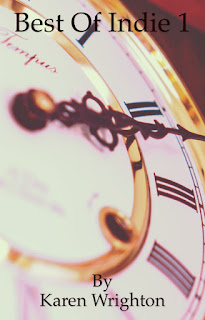 I am beginning my new Best of Indie Series with an Amazon Top Ten eBook  - Just One Damned Thing After Another by Jodi Taylor.

As you know, if you read my last post,  the series is to investigate whether independently published books can be as professionally written, successful and enjoyable as traditionally published fiction.

I chose Jodi Taylor's first novel  for my first piece because I when I first read the ebook - and thoroughly enjoyed it - I was unaware that it was a self-published piece and so judged it against every other traditionally published work I had ever written without prejudice.  I am happy to report that it faired very well indeed.  Well written, well edited and enjoyable enough for me to go straight to Amazon and download the second book in the series.  I have now read three of them!

So what do you get for your money?  Here is my review:

“History is just one damned thing after another”

History, time travel, and tea - a collection of my favourite things, it's hardly surprising that I loved this book.

Behind the seemingly innocuous façade of St Mary's, a different kind of historical research is taking place. They don't do 'time-travel' - they 'investigate major historical events in contemporary time'. Maintaining the appearance of harmless eccentrics is not always within their power - especially given their propensity for causing loud explosions when things get too quiet.

Meet the disaster-magnets of St Mary's Institute of Historical Research as they ricochet around History. Their aim is to observe and document - to try and find the answers to many of History's unanswered questions...and not to die in the process.

But one wrong move and History will fight back - to the death. And, as they soon discover - it's not just History they're fighting.

Follow the catastrophe curve from eleventh-century London to World War I, and from the Cretaceous Period to the destruction of the Great Library at Alexandria. For wherever Historians go, chaos is sure to follow in their wake...

A story of history, time travel, love, friendship, and tea. Meet the disaster-magnets at the St Mary's Institute of Historical Research as they ricochet around history, observing, documenting, drinking tea and, if possible, not dying. Follow the catastrophe-curve from eleventh-century London to World War I, and from the Cretaceous Period to the destruction of the Great Library at Alexandria. Discover History – The New Sex.


An addictive premise handled with skill and humour.  I gobbled it up in a couple of days. I was immediately charmed by the foul-mouthed redhead who it seemed had a love-hate relationship with authority - a woman after my own heart. The dark-haired brooding hero and the evil but elegant femme fatale, together with many other colourful characters added zing and humour to the story, as did the journey into the Cretaceous period and the introduction of the inevitable T-Rex.

Maxwell is a fun character with a contagious humor and enthusiasm. “Surveying myself in a mirror, I looked like a small, excited, ginger sack.” Her winning combination of spunk, personality and sass won me over and I chuckled all the way through. An action focussed plot and dynamic story line only added to my enjoyment. Though there was little science, and as a science nut, I would have liked a bit more of an explanation as to how the time machine worked.  It is a sort of  science fiction 'lite' book that devotees of the genre may find a little frustrating and of course, there are the inevitable and practically unavoidable disparities with the timeline. However, I am not one of those sci-fi geeks that will look into those with any seriousness - there lies madness!

Overall, in my opinion, this amazing first novel - self-published or not, it more than holds its own with similar, more traditionally published books.

Posted by Karen Wrighton at 05:21 No comments: 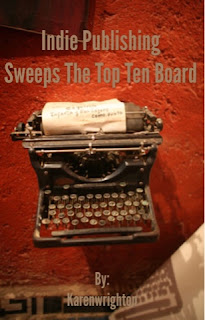 They said it could never happen. They said that if you wanted to make it big as a writer then you would have to be published by one of the big five traditional publishing houses.

Today, some of the highest earning authors are Indie (self-published) authors. Many of them have chosen this route, not simply because they could not interest a mainstream publisher in their work, but because Indie publishing pays.

A book published traditionally earns the writer something like 17% of the retail price of the book, whereas an Indie author earns, on average, around 70%

As a consequence, the Amazon.com Kindle top 10 on Friday this week is:

5: Just One Damned Thing After Another by Jodie Taylor (Accent Press — indie publisher)

6: A Shade of Vampire by Bella Forrest (Self-published)

So, how do these books compare for quality with their more traditionally published counterparts?

I intend to find out.

Each week, beginning next week I shall review a top rated indie book in a new series of posts - The 'Best of Indie' series.

If you have any suggestions, or you would like to put a book forward for review, feel free to contact me.  Remember, though, I intend to be scrupulously honest.

My first review will be of Jodie Taylor's time travel adventure, 'Just One Damned Thing After Another' (Published by Accent Press - Indie Publisher)

At St Mary’s Institute of Historical Research, the historians don’t just study the past, they revisit it.

Behind the strait-laced façade of a conventional academic institution, the secret of time travel is being used for ground-breaking and daring historical research taking the historians on a rollercoaster ride through history: from the destruction of Pompeii to the Normandy trenches; from the Great Fire of London to Bronze Age Troy and even to the time of the dinosaurs…

Meanwhile, within at St Mary’s itself, there are power struggles and intrigues worthy of a book in themselves.

In Book One, we follow new recruit Max as she rides the catastrophe curve from eleventh-century London to the First World War, and from the Cretaceous Period to the destruction of the Great Library at Alexandria. For wherever Historians go, chaos is sure to follow in their wake ...
Check back here next week to find out what I think...

Posted by Karen Wrighton at 09:23 No comments:

Harry Potter + Lord of the Rings = Epic Magical Fantasy.... Want something to listen to on that commute to work, working out or walking the dog? Then why not enjoy this taster sample of Ascension of the Whyte for FREE? Five action-packed chapters will introduce you to the World of the Afterlands and, who knows, maybe you'll be so enchanted you'll want to read the book - and if you do, then just sign up for my newsletter and as a bonus, you can get the Ascension of the Whyte eBook for FREE too!